Participants in the fifth annual Rally for Medical Research Hill Day. The AACR is a founding organizer of the event, which brought more than 300 advocates to Capitol Hill in September 2017 to call on Congress to make biomedical research funding a national priority.

In 1909, two years after the founding of the AACR, U.S. President William Howard Taft recommended that Congress establish a National Bureau of Health by aligning the efforts of existing government health agencies and creating new agencies as needed to support public well-being. That same year, AACR co-founder and President Harvey R. Gaylord, MD, wrote a letter to President Taft urging him to include the establishment of a Department of Cancer Research in his recommendation. Sixty-two years later, in 1971, AACR leaders advocated successfully for the passing of the National Cancer Act, which transformed the National Cancer Institute and launched the “war on cancer.” 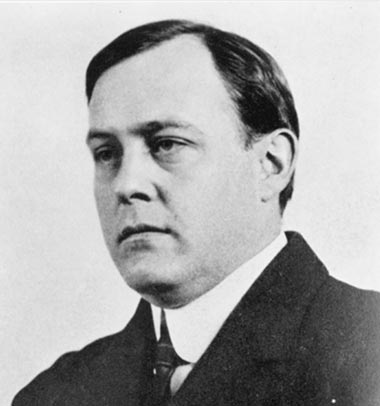 Today, through its Office of Science Policy and Government Affairs in Washington, D.C., the AACR continues to support federal funding for cancer research, providing an authoritative source of information to policy makers and regulators and serving as a powerful voice for the cancer research community.

Continued progress against cancer was threatened in 2017 when the Trump administration released a budget proposal for fiscal year 2018 that included a 21 percent cut in funding for the National Institutes of Health (NIH). The AACR raised its authoritative voice throughout the year on behalf of the NIH and NCI, opposing the proposed cuts and mobilizing leaders and stakeholders to urge Congress to make cancer research a continued priority. 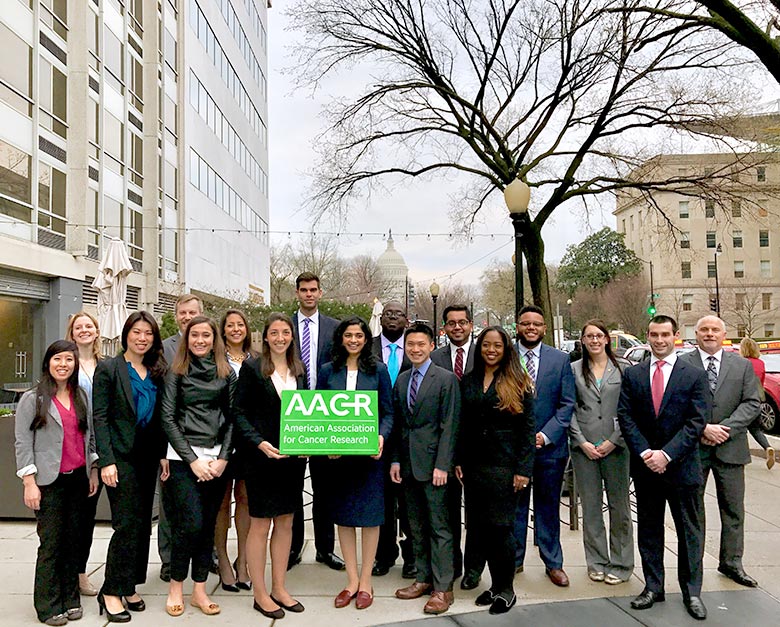 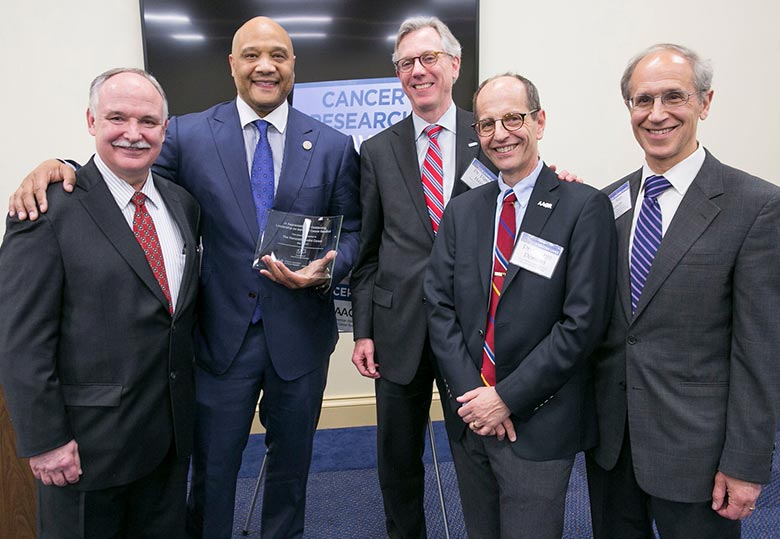 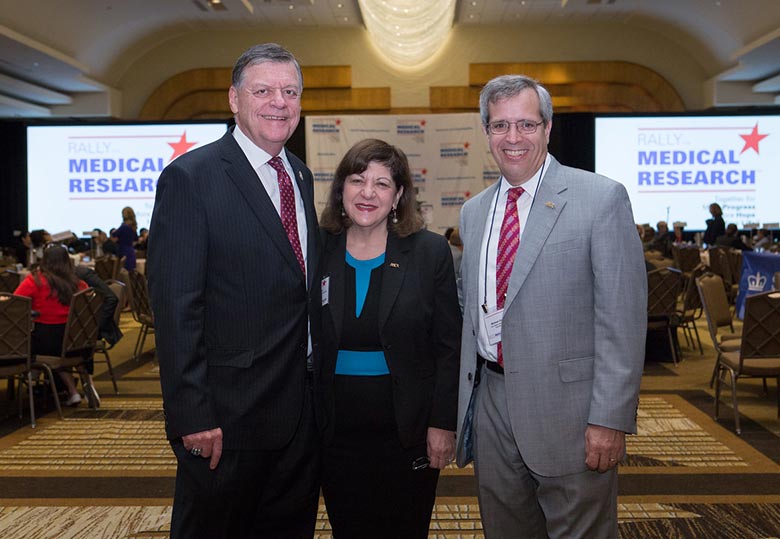 At the 38th Annual Meeting, May 16-17, a policy presentation is made: "On the Organization and Support of Cancer Research,” which concludes that the AACR should advocate for increased funding.

AACR leaders advocate for the passing of the National Cancer Act and attend the signing at the White House on December 23.

AACR retains a firm to provide representation in Washington, D.C.

On September 25-26, AACR participates in "THE MARCH: Coming Together to Conquer Cancer," which culminates in a rally on the National Mall in Washington, D.C. THE MARCH Research Task Force Report is published in Cancer Research.

The AACR opens its Office of Science Policy and Government Affairs in Washington, DC.

The AACR partners with over 200 organizations and institutions to conduct the first Rally for Medical Research, April 8, Washington, DC. More than 10,000 people attended the Rally to show their support for federal funding for cancer research.

The AACR supports the national conversation over cancer science policy, educating lawmakers about the latest advances in cancer research and exposing them to the perspectives of stakeholders from across the cancer community.

Fostering Dialogue with Regulators and the Cancer Community

The AACR’s advocacy efforts to ensure robust, sustained, and predictable funding increases for the NIH are critical to driving innovations in cancer research. To ensure that those innovations are translated into treatments and delivered to patients as rapidly and efficiently as possible, the AACR also engages regulators at the U.S. Food and Drug Administration (FDA) and other government agencies. Through workshops and briefings, the AACR supports the FDA’s mission by highlighting the science behind regulatory policy. 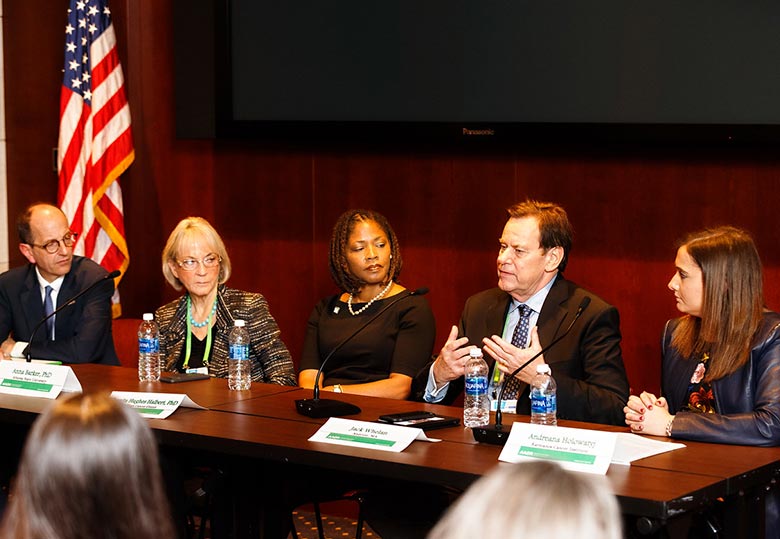 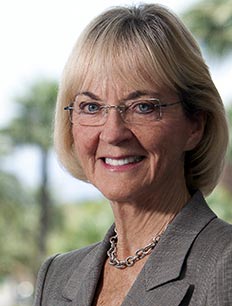 The vision for the AACR’s science policy and advocacy initiatives is to place research at the center of a unified strategy to conquer cancer—and Anna Barker, PhD, has been a driving force behind that vision. For example, Dr. Barker was one of the founding organizers of THE MARCH: Coming Together to Conquer Cancer, an unprecedented grass-roots national event dedicated to the conquest of cancer. The goal of THE MARCH—which was supported by the AACR—was to "[unite] cancer survivors, families, scientists, and the public in an urgent campaign to place the prevention, treatment, and cure of cancer at the top of research and health care priorities for every government official and American citizen." Dr. Barker also chaired THE MARCH Research Task Force of over 130 scientists and co-authored the Task Force’s report, which was published in the AACR journal Cancer Research in October 1998. The report outlined specific recommendations for expediting cancer prevention and treatment research and advancing the prospect for conquering cancer, and it called for a doubling of the budget for the National Cancer Institute (NCI) over five years to achieve those recommendations.

An AACR member since 1978, Dr. Barker served as the chair of the AACR’s Public Education Committee (PEC) from 1992-2001. When the committee was reconstituted as the Science Policy and Legislative Affairs Committee (SPLAC) in 2001, she served as its Founding Chair until 2002, when she joined the National Cancer Institute as the Deputy Director. Under Dr. Barker’s leadership, the PEC and, subsequently, the SPLAC served as the AACR’s principal means for devising and implementing strategies to shape and influence important cancer and biomedical research-related policy issues spanning areas from research funding to healthcare policy and regulation.

“Cancer research occurs in a complex, interconnected ecosystem that includes cancer patients and survivors, basic and clinical researchers, and—on a larger scale—the government, private, and nonprofit sectors, and of course the public. Therefore, it is a strategic imperative that the AACR lead efforts to ensure that the policies and sustained funding needed to foster advances in cancer research, and their translation to patients, continue to thrive. Through the SPLAC, trans-sector partnerships, cancer survivor and advocacy programs, public and legislative education efforts, the AACR Cancer Progress Report, and many other initiatives, the AACR has become a trusted expert on cancer and healthcare policy. The AACR’s policy and advocacy efforts are transformative for the entire cancer ecosystem—and we are just getting started!” 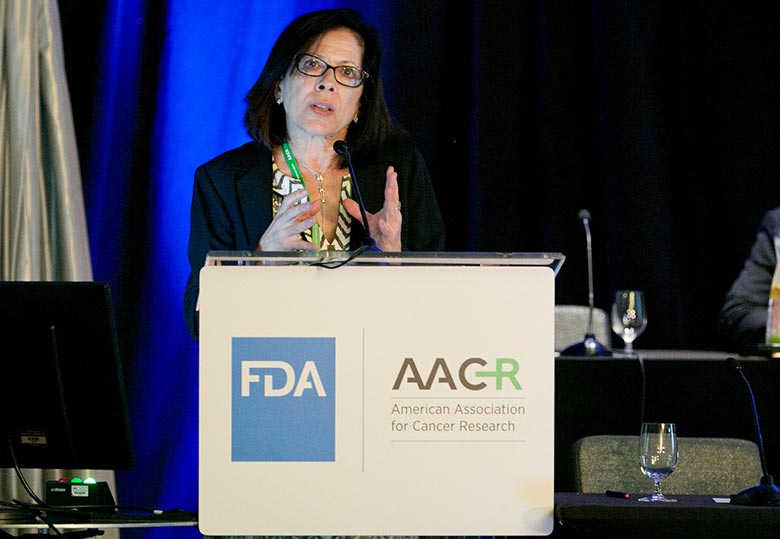 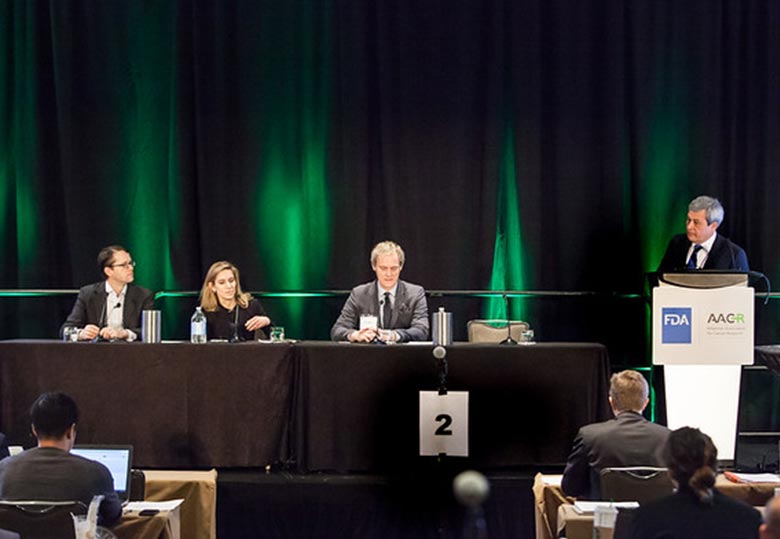 Rhonda M. Smith (center), CEO and founder of Breast Cancer Partner and a participant in the AACR Scientist-Survivor Program, discusses her poster on "Reducing breast cancer morbidity and mortality in African American women" with attendees at the AACR Annual Meeting 2017.

Just as the AACR’s scientific programs and initiatives support scientists and clinicians, its Survivor and Patient Advocacy programs empower patients, caregivers, and advocates to approach their cancer journeys with knowledge and hope. By maintaining a dialogue between the professionals who research and treat cancer and the patients they serve, the AACR builds a stronger cancer community.

Nearly 50 advocates participated in AACR Scientist↔Survivor programs (SSP) in 2017, which were offered at the Annual Meeting in April and at the Science of Cancer Health Disparities conference in September. The participants attended sessions with AACR scientist mentors, gaining an understanding of the innovative science behind their treatment experiences while providing their counterparts with vital patient perspectives.

During the Annual Meeting, three AACR members were named Emeritus Mentors in recognition of their longstanding commitment to the SSP. The advocates thanked Aime Franco, PhD, Jerry S. H. Lee, PhD, and Emil Lou, MD, PhD, for sharing their time and expertise with program participants for more than three years.

Milestones in the Survivor and Patient Advocacy Program

The first Public Forum, Progress and New Hope in the Fight Against Cancer, is held.

CR, the AACR's first magazine for cancer patients, survivors, and caregivers, is launched.

The Scientist↔Survivor Program is expanded to include the AACR Conference on the Science of Cancer Health Disparities.

Cancer Today, the AACR’s magazine for cancer patients, survivors, and caregivers, is a vital resource for anyone navigating the challenges of cancer diagnosis, treatment, and survival. Now in its sixth full year of publication, the magazine continues to tackle important cancer topics in a serious, comprehensive way. Among the most compelling stories published in 2017 were the following: 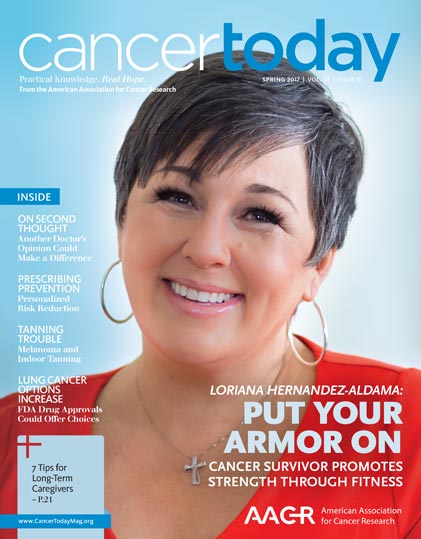 Cancer Today continued to earn accolades in 2017, as two articles—“Cancer and Watchful Waiting” by executive editor Kevin McLaughlin and “Reasons to Dream” by senior editor Marci A. Landsmann—were cited for editorial excellence by the 2017 Folio Eddie Awards. 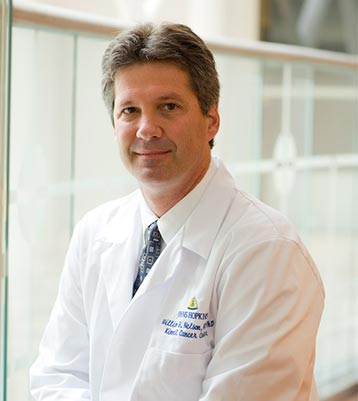 The AACR Distinguished Public Service Award honors the extraordinary contributions of an individual or group whose groundbreaking, innovative work exemplifies the organization’s mission. During the opening ceremony of the 2017 Annual Meeting, the AACR honored four individuals for their outstanding efforts to advance cancer science for the benefit of patients. 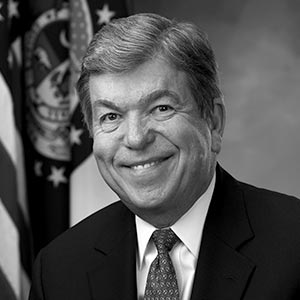 The Honorable Roy Blunt (R – MO)
Washington, D.C.
United States Senator
As the chair of the Senate Appropriations Subcommittee on Labor, Health and Human Services, Education, and Related Agencies, which oversees the NIH budget, Senator Blount was instrumental in securing a $2 billion increase in NIH funding for fiscal year 2017. He received the Distinguished Public Service Award in recognition of his steadfast commitment to making medical research a national priority. 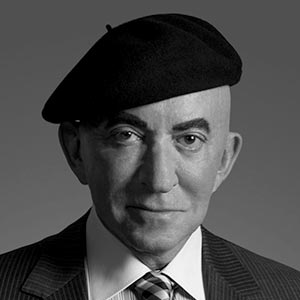 W. E. “Ed” Bosarge, PhD
Founder and CEO, Capital Technologies, Inc.
Houston, Texas
A passionate believer in the power of preventative and regenerative medicine, Dr. Bosarge has launched and supported a wide variety of research and development efforts, and his generous contribution to the AACR has enabled the organization to establish the AACR-Waun Ki Hong Award for Outstanding Achievement in Cancer Research in perpetuity. He received the Distinguished Public Service Award for his transformative approaches to cancer and biomedical science and for his philanthropic support of the next generation of cancer researchers. 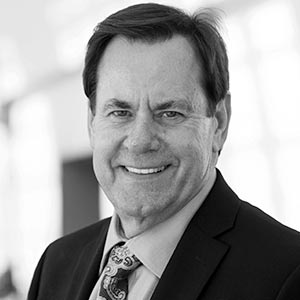 Jack Whelan
Cancer Research Advocate
Andover, Massachusetts
Diagnosed with Waldenström macroglobulinemia, a rare and incurable type of non-Hodgkin lymphoma, in 2007, Mr. Whelan benefited from his participation in clinical trials. He devoted his time to advocating for cancer research and educating patients about the importance of participation in clinical trials. He was recognized with the Distinguished Public Service Award for his tireless efforts to support cancer researchers and to improve the lives of cancer patients. 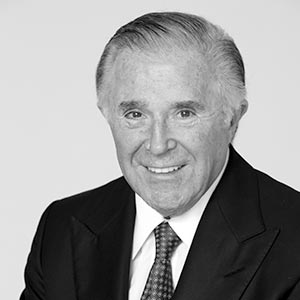 Sidney Kimmel
Philanthropist
Malibu, California
A committed philanthropist who established the Sidney Kimmel Foundation in 1993 to “connect promise to progress,” Mr. Kimmel has donated more than $500 million to support cancer research, establishing and sustaining some of the most renowned comprehensive cancer centers in the United States. He received the Distinguished Public Service Award in recognition of his longstanding commitment to supporting innovative cancer research.