Progress
against
Cancer in
2017

A featured survivor in the AACR Cancer Progress Report 2017, Adrienne Skinner (with her daughter, Alex) participated in a clinical trial of a new immunotherapy to treat her metastatic ampullary cancer. She is now cancer free.

Progress Against Cancer: Fueled by Research

As outlined in the AACR Cancer Progress Report 2017, precision medicine is broadly defined as treating patients based on characteristics that distinguish them from other patients with the same disease (left). Patients are profiled to determine the factors that make them and their cancers unique (center); these factors include the patient's genome, the genome and epigenome of the cancer, and the patient's lifestyle. These factors are used to develop a personalized profile for each patient that physicians can use to tailor treatment for each patient (right). Details: http://www.aacr.org/precision.

Discoveries across the breadth of research deepen our understanding of the many diseases known as cancer and are the driving force behind every advance across the continuum of cancer care and every legislative action designed to improve public health. Research-fueled advances in 2017 include the 16 new medical products approved by the U.S. Food and Drug Administration (FDA) for use in cancer care—15 new anticancer therapeutics and one new optical imaging agent to help visualize cancerous brain tissue during surgery. During this time, the FDA also approved ten previously approved anticancer therapeutics for treating new types of cancer.

Six of the anticancer therapeutics to gain FDA approvals in 2017 work by harnessing the power of a patient’s own immune system to treat his or her cancer. These revolutionary therapeutics include the first ever CAR T–cell therapy—tisagenlecleucel (Kymriah)—which is a customized treatment created for each patient using immune cells called T cells harvested from his or her blood. They also include therapeutics called checkpoint inhibitors, which release brakes on the immune system. In 2017, one checkpoint inhibitor—pembrolizumab (Keytruda)—became the first ever cancer treatment approved for use based solely on whether a patient has a tumor with certain molecular characteristics rather than where in the body the tumor originated.

Ten of the newly approved anticancer therapeutics target specific molecules involved in cancer and are referred to as molecularly targeted therapeutics. Four of these therapeutics—copanlisib (Aliqopa), enasidenib (Idhifa), inotuzumab ozogamicin (Besponza), and midostaurin (Rydapt)—target cancer in new ways, which highlights how an increasing knowledge of cancer biology can lead to new treatment approaches. Molecularly targeted therapeutics are part of the precision medicine revolution that is ensuring that more people live longer, higher-quality lives after a cancer diagnosis, including Teri Woodhull (right).

The AACR is proud to have helped catalyze the progress made against cancer in 2017 through its many programs, services, and initiatives. For example, early results from the clinical trial that led to the August 2017 FDA approval of enasidenib for treating certain patients with acute myeloid leukemia were first disseminated among scientists at the AACR Annual Meeting 2014.

With the number of cancer cases diagnosed in the United States rising every year, it is vital that the AACR increases public awareness about cancer and the importance of research for improving health and saving lives from cancer. The annual AACR Cancer Progress Report is a cornerstone of these educational efforts and the AACR’s work to advocate for increased funding for the federal agencies that are vital for fueling progress against cancer, in particular, the National Institutes of Health (NIH), National Cancer Institute (NCI), and FDA.

The AACR Cancer Progress Report 2017 achieves these goals by chronicling how federally funded research fueled progress against cancer over a 12-month period. The report also highlights that strong bipartisan commitment from Congress to keep investment in biomedical research a national priority will allows us to accelerate the pace of progress and save more lives from cancer.

As AACR President (2017–2018) Michael A. Caligiuri, MD, noted in the AACR Cancer Progress Report 2017, “Achieving our goal of creating a cancer-free world will require consistent, annual, above-inflation increases in the budget for the National Institutes of Health.” 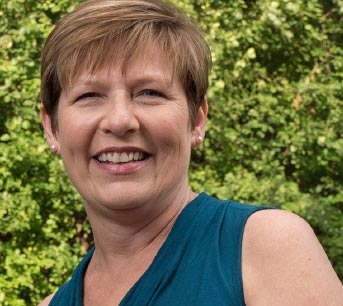 A featured survivor in the AACR Cancer Progress Report 2017, Teri Woodhull was diagnosed with advanced ovarian cancer in November 2010. She chose to participate in clinical trials.

“I have opted to be treated through clinical trials because they give me something beyond the standard of care. Most recently, I have been receiving a targeted therapy called niraparib (Zejula). Although this treatment is not a cure, it has kept the cancer at bay for more than 2 years. It is also giving me a quality of life that was not possible with chemotherapy.

At this point, I have CT scans every 12 weeks. Every scan that shows niraparib is still keeping the cancer stable reminds me how fortunate I am. I also know that the path I chose, participating in clinical trials, is helping make a difference to the future of ovarian cancer care.”

“
Achieving our goal of creating a cancer-free world will require consistent, annual, above-inflation increases in the budget for the National Institutes of Health. ”
— Michael A. Caligiuri, AACR President (2017–2018)
AACR Cancer Progress Report 2017 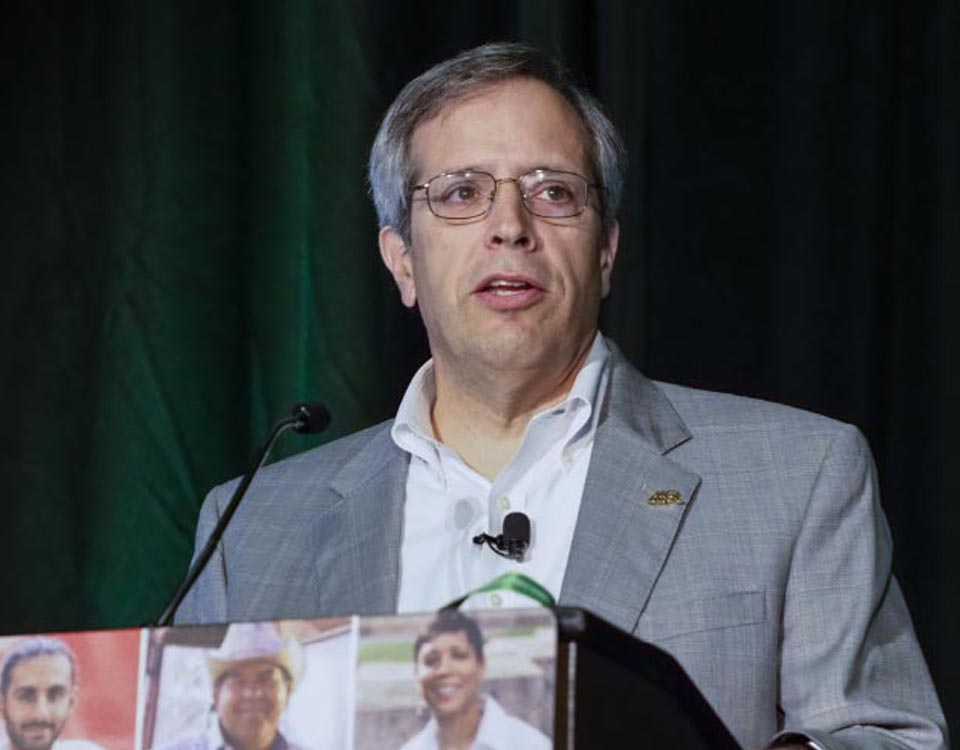